Driving into Myrtle Beach on Highway 501 you can’t help but notice the tall blue draw bridge reaching skyward just before you cross The Intracoastal Waterway.

It’s officially known as The Pine Island Drawbridge because it spans the “Pine Island” cut of The Inracoastal Waterway near a local community with the same name.

Until the mid-60’s the bridge was the only way into Myrtle Beach from Conway. The bridge carried 2 lanes of highway traffic and 1 lane of rail traffic.

After the completion of the current high pass 501 bridge it continued to operate as a railroad drawbridge for the Atlantic Coast Line Railroad until 1987.

It was declared unsafe in 1987 and all rail operations ceased. The SC department of Transportation spent over 10 years and 5 million dollars to repair and restore the bridge to operational condition. The first train crossed over the Waterway into Myrtle Beach on the restored bridge in 2001. From 2001 to 2011 the bridge served infrequent rail traffic for the Carolina Southern Railroad.

In 2011 The Carolina Southern Line was shut down by federal authorities due to unsafe bridges in other parts of Horry County and North Carolina. In 2015 RJ Corman purchased the railroad from Mullins to Whiteville to Conway, and leased the track from Conway to The Waterway but does not have rights to the tracks on the Myrtle Beach side.

Later in 2015 the Horry County Police reported that vandals had stripped all of the wiring from the control house and from the bridge itself.

Though there have been talks about repairing the bridge and restoring rail traffic into Myrtle Beach, the bridge is currently inoperable and it’s future uncertain. 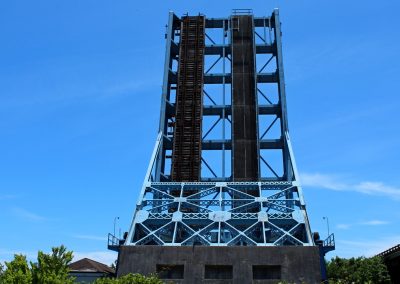 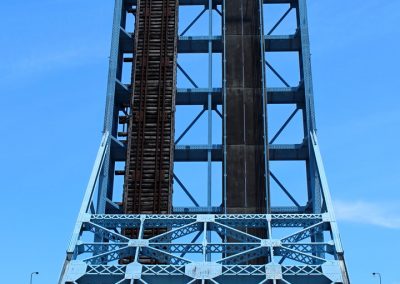 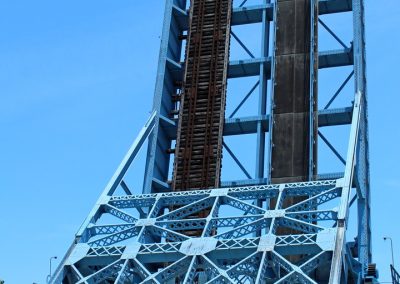 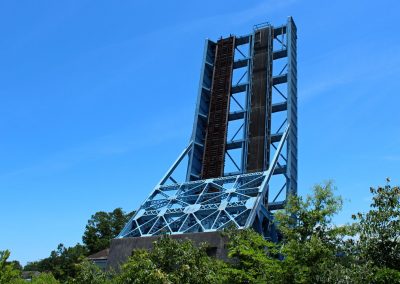 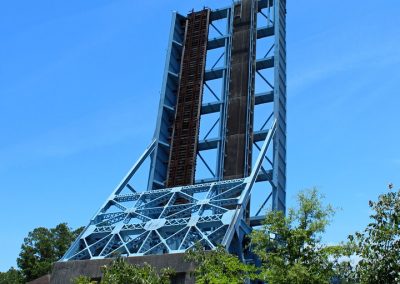 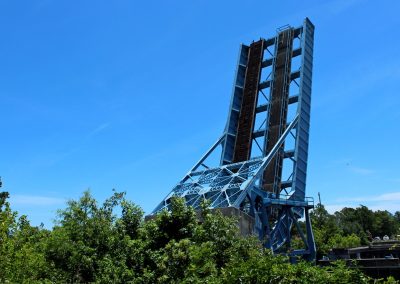 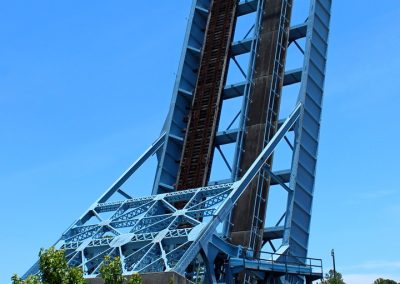 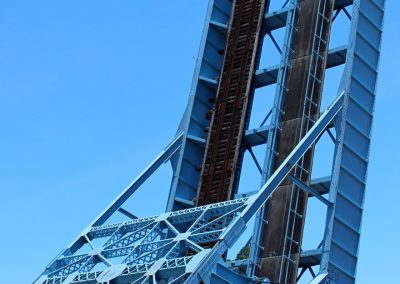 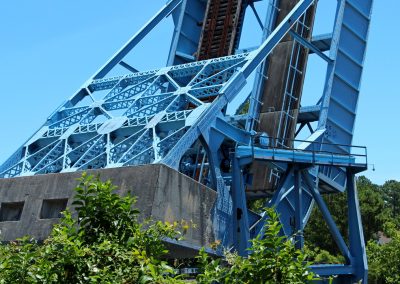 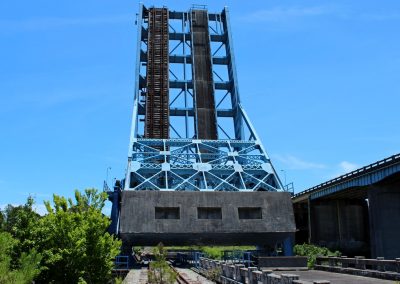 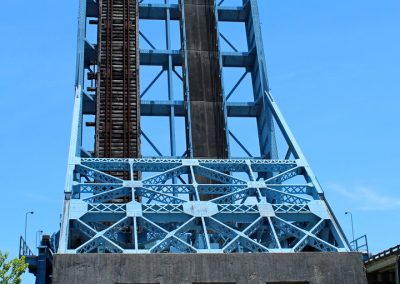 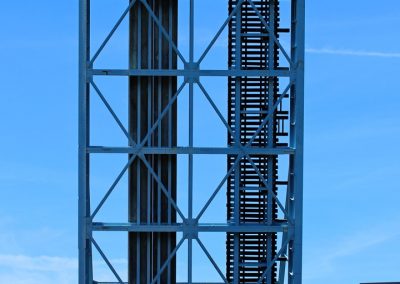 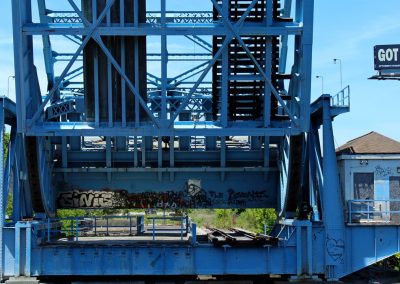 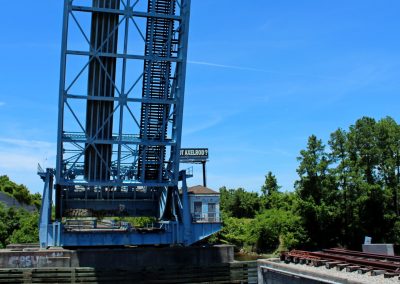 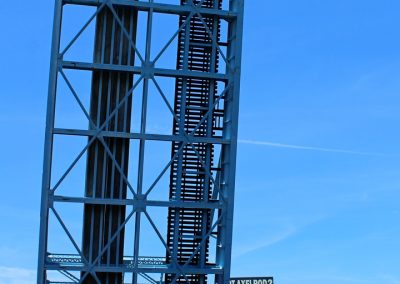 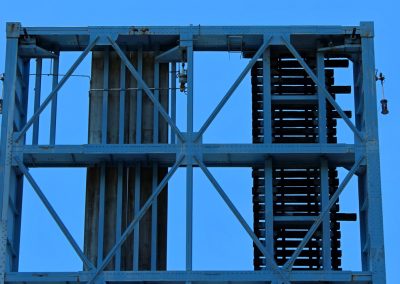 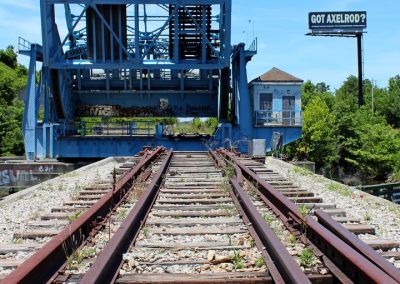 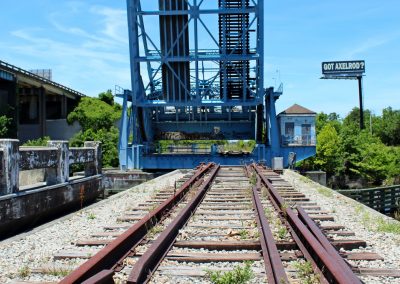 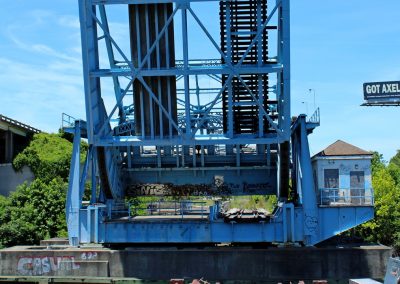 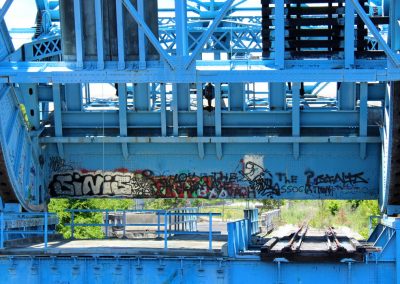